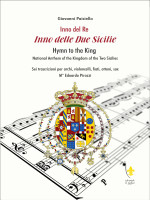 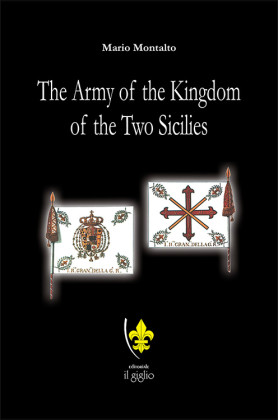 It is a short and comprehensive history of the Bourbon’s Army since the foundation (1734) by King Charles of Bourbon until 1861.

On May 25, 1734 the Neapolitan Army, led by the Count of Montemar, won the Austrian Army in an open field at the Battle of Bitonto. May 25 will be considered a nation holiday until 1860.

The Royal bill of 25 November 1743 illustrated the organization of the 12 provincial regiments, Its soldiers had to be citizens of the Kingdom, and introduced a Company of Mountain Fusiliers, a division so innovative for the age that it will serve as a model for the future Italian mountain military corps, known today as the Alpins.

At the battle of Velletri (23 March 1743) the Neapolitan regiments defeated the Austrian troops, in a quite important victory.

King Ferdinand IV (later King Ferdinand I of the Two Sicilies) founded in 1786 a military Academy, the Reale Accademia Militare, still existing and known as Nunziatella. The new classes began on November 18, 1787.

When sent to help the allied Great Britain against France, at the siege of Toulon (1793) this better trained Army performed brilliantly: the six thousand Neapolitan soldiers were the last ones to sail back home.

King Ferdinand II ascended to the throne on November 8, 1830. The new King made no mistery of his passion for everytinhg military, but he also gave proof of possessing remarkable soldierly skills. He ordered that a man every 130 citizens would be drafted, thus balancing the ratio between soldiers and civilians.

The years 1848-1849 were crucial for the Bourbon Army, for it was deployed to suppress internal revolts such as those of Naples and Sicily.

On September 6, 1848, the Regiment Real Marina – basically the Bourbon marines – landed in Messina. The conquest of Messina was praised by military experts worldwide.

In 1860, the campaigns that culminated in the fall of the Kingdom of the Two Sicilies, at the battle of Caiazzo, the Bourbon Army, jointly led by General Colonna di Stigliano and Colonel La Rocca, defeated the Hungarian forces led by Garibaldi’s acolyte Türr. The enemy lost almost one thousand men, hence it was force to withdraw, leaving behind lots of prisoners, amongst which eight officers.

On October 1, the Neapolitan troops charged against Garibaldi’s Army in Capua, vanquishing the first lines successfully. Garibaldi had not anticipated the Rangers’ attack, thus he lost his coachman, and a member of his staff got badly injured.

The battle of Volturno began the same day of Capua’ s. Garibaldi’s ranks, helped by Piedmontese troops, had to defend the venue in order to stop the Bourbon’s from making their way to Naples. It is worth mentioning that – save for a few rumored exceptions concerning the Guards – the Neapolitan soldiers waged war with remarkable determination and courage.

Gaeta’s one hundred days tell an epic story of resistance against the fire of powerful rifles cannons, to which our soldiers could only respond with their less impressive smoothbores. The epic story of a young royal couple sorrounded by valiant soldiers willing to die for them.

The Author: Rear Admiral Mario Montalto was born in Naples in 1934. He studied at the Naval Academy and subsequently attended the High Command classes at the Istituto di Guerra Marittima, Istituto di Stati Maggiori Interforze and Centro di Alti Studi della Difesa. One of his ancestors was amongst the ranks that chased Garibaldi away from Caiazzo, on September 21, 1860.

This website uses cookies to improve your experience while you navigate through the website. Out of these, the cookies that are categorized as necessary are stored on your browser as they are essential for the working of basic functionalities of the website. We also use third-party cookies that help us analyze and understand how you use this website. These cookies will be stored in your browser only with your consent. You also have the option to opt-out of these cookies. But opting out of some of these cookies may affect your browsing experience.
Necessary Sempre abilitato
Necessary cookies are absolutely essential for the website to function properly. This category only includes cookies that ensures basic functionalities and security features of the website. These cookies do not store any personal information.
Non-necessary
Any cookies that may not be particularly necessary for the website to function and is used specifically to collect user personal data via analytics, ads, other embedded contents are termed as non-necessary cookies. It is mandatory to procure user consent prior to running these cookies on your website.
ACCETTA E SALVA